While Western styles have become more acceptable in India, traditional Indian styles have infiltrated Western fashion. Indian fashion - its styles and textiles - have fused with Western ones to provide contemporary fashions for Indians, as well as for the global marketplace. (Bhandari in Welters and Lillethun, 2011, pp.551-555).

From this week's Guardian, Chinese new year as marketing event

For a city-sized snapshot of how China's international image has changed, try this. At the beginning of this century, in London and New York, Chinese new year was something that happened in Chinatown. To the non-Chinese, it meant paper dragons and fortune cookies. Ancient culture, tasty food. Fast forward to 2014, and Chinese new year is a major event on the international society map, a retail red-letter day from Bond Street to Fifth Avenue, and a major driver of income. (Cartner-Morley, 2014). 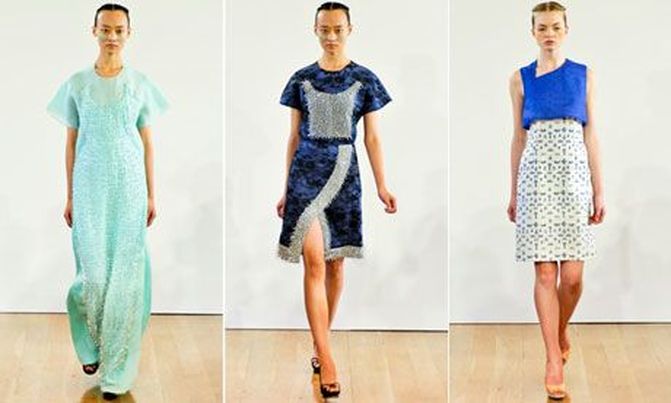 
Next week to all read and prepare something on: WEAVING AS POLITICAL SYMBOL (YOU ARE GOING TO LOVE THIS ONE).